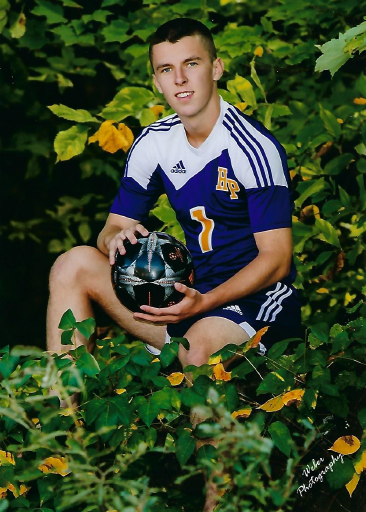 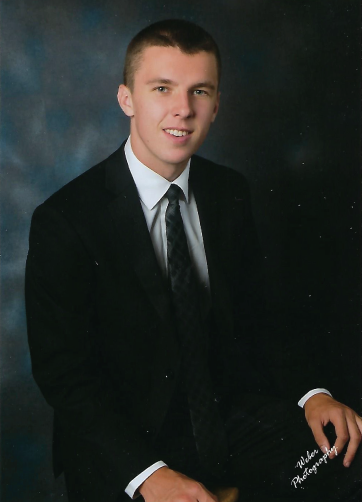 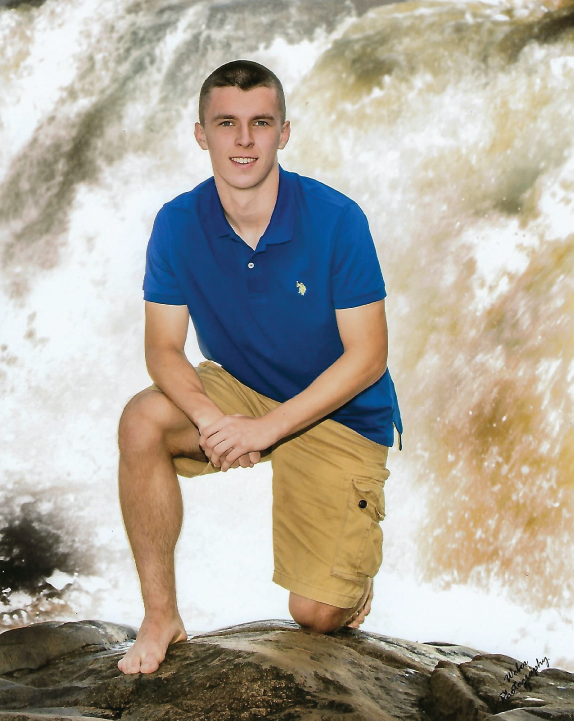 On August 19, 2019 in the Genesee County Courthouse, the Lynskey family stood before Judge Charles Zambito while Donna Lynskey, Connor’s mom, read her impact statement prior to the sentencing of Jennifer Serrano. On July 2, 2019 Jennifer Serrano was found guilty of vehicular manslaughter, leaving the scene of a fatal incident, DWI and aggravated unlicensed operation. Connor was killed on August 11, 2018.

Donna Lynskey began, “I want you to know who Connor was.

Last summer (2018), Connor, at 18-years-old had completed his freshman year with honors at Siena College in Loudonville and he planned to become a rural doctor. At the time of his death, he had one week left of his summer vacation before he was scheduled to return August 19th for his sophomore year and training as a resident assistant in the freshman dorms.

He had already been accepted into Upstate Medical University’s Medical Doctor Program during his senior year at Holland Patent High School, where he had a 95.35 GPA and was the president of his class.

Connor was also captain of his soccer team, named to the Center State Conference All-Star Team for soccer, and was the Division 1 Player of the Year in 2017 for the Center State Conference. In his honor, Connor’s soccer coach now gives out the Connor Lynskey Award to a player on the Holland Patent Varsity Soccer Team at the end of the season. The award reads that it goes to “someone who always gives 100 percent at everything he does; doesn’t take shortcuts; always leads by example; is kind; a leader off and on the field; a good musician; does great in school; is an excellent runner; and always treats people with respect.”

Connor also participated in track and field in high school, was a talented saxophone player, both in his high school wind ensemble and jazz band. His classmates voted Connor as the most likely to succeed in his graduating class.

Not once was there ever a phone call home from school that Connor had misbehaved. At all parent-teacher conferences and open houses, the comments that were made about Connor were glowing – respectful, kind, intelligent, and the list goes on.

He was employed at his family’s restaurant where he started as a landscaper and dishwasher and then moved up to carver, cook and banquet server. He took pride in working with his father and helping out his family.

On several occasions Connor talked about wanting to be a foster parent when he got older. He wanted to help kids who were less fortunate. He always came home inspired whenever he volunteered at the soup kitchen in Utica.

He stated to our priest that he enjoyed being an altar server because that is when he felt closest to God. Connor’s favorite place to go was Ager Falls (in Lyons Falls) to swim, discover, explore and slide down the rocks.

We are grateful that the Sunday before Connor was killed we went there as a family one last time and took some priceless photos of him.

In fact, 2018 was the best summer of his life. He had grown into an impressive young man. He had spent a week on Montauk Point with his cousin, aunt and uncle. He ran the 15K Boilermaker Road Race in Utica with his cousins and uncle. And he traveled to Lima and Machu Picchu, Peru, where he spent close to three weeks learning the culture with newfound Peruvian friend, Manu, from Siena College. Connor had already made plans to travel to Peru again in 2019.

Above all Connor was a kind and caring person. Connor was the one to find time to travel to his grandmother’s house just to check in on her and play a game of rummy or seeing what he could do to help her around the house.

He was the one to take time out of his busy schedule to hand write his grandmother letters via snail mail (USPS) to let her know how he’s doing at college since she doesn’t email or text.

The aspiring doctor was also full of joy. When you were around him you couldn’t help but feel his happiness and his love for life. He wasn’t loud and boisterous. He was a listener, a thinker. He had his grandfather’s steel blue eyes and his father’s wonderful sense of humor. … He was the mysterious light that others followed. We all relied on him.

His biology study group at college said they could count on Connor to liven things up when they were stressing out because he’d tell a silly joke like “Under what?” to try and get someone to say “Under where?” even though they’d heard the gag a hundred times. He had a way about him that brought happiness, peace and inclusiveness. Connor seemed to have a deeper understanding about life than most people.

After our first child, Michael Jr., was born the doctor told us we would not have any more children. But nearly six years later Connor was born.

And his big brother, Michael took great pride in teaching his little sibling things he needed to know. Connor was Michael’s protégé. They played sports, video games, fantasy football, and the game of life. They were best friends. When they were together, it was as if they had their own language that only they understood. Connor’s medical school ambitions were modeled after his brother’s, who had blazed the trail to medical school before him. They planned to open their future medical practice together in Upstate New York.

Connor will always be her guardian angel. From the time Meghan was born, Connor took his role as big brother seriously and guided her every step of the way.

Connor was killed sometime after midnight on Aug. 11 last year. We received a phone call about 9 a.m. that morning that Connor was missing.

“Missing? What do you mean? He went camping with his friends. How could he possibly be missing?” I told the caller. We quickly left on the three-hour trip to Darien Lake, praying the whole way there was some misunderstanding. It just didn’t make sense to us that our responsible, reliable son was missing. We called the area’s hospitals and we prayed. By 11 a.m. we were at a loss. We knew something was terribly wrong.

As we crossed Sumner Road, we noticed the road was closed and a police car had its lights flashing. As we came closer, we noticed several police cars at the side of the road with their lights on. “This couldn’t be.” Then an officer approached our vehicle and told us we could proceed no further.

I explained, “My son is missing. Did you find my son?” I told the officer my son’s name and the officer said yes, they had found my son. “Can we see him?” I asked. He stated, ‘”no you cannot.“

That’s when our lives were shattered. Unless you have experienced the loss of one of your children, you cannot understand or even begin to imagine the anguish. Our world fell apart. The shock was overwhelming. To think that Connor had worked so hard for his short 18 years … and it was taken away so quickly. All of his hopes and dreams were extinguished. He would never be able to help the people of Upstate New York that he so wanted to.

We tried to fathom how someone could hit him and leave him in a ditch to die. At first we thought it must have been a young driver – someone under the age of 25 whose brain hadn’t fully developed yet, somebody who did not realize the extent of their actions. But after we came to learn the killer was a then-48-year-old mother of three, with a passenger in the car – another mother, we lost our faith in humanity.

Everything in our lives has changed – from the meaning of songs on the radio, to the patterns of the clouds in the sky, the actions of the birds around us, the meaning of the butterflies flying near us, to the pain of waking up in the morning and realizing it isn’t just a nightmare. This is our reality. Little by little, we are trying to rebuild our lives. It’s a slow process. I’m told by others who’ve lost children, that the pain never subsides. All you can do is learn to live with the pain and try to put the shattered pieces back together. We cannot get through it; but we are trying to live forward.

According to court testimony, it appears it wasn’t enough for the defendant to consume 22 to 29 alcoholic beverages on Aug. 10 into the early morning hours of Aug. 11, She then decided to get behind the wheel of a motor vehicle, turning it into a deadly weapon. It appears that it wasn’t enough for her to decide to leave my son in the ditch on Sumner Road to die alone. It appears that if she had stopped and called 9-1-1 my son would have had a chance at survival. It appears that didn’t matter to her or the passenger in that vehicle. The only concern they had was for themselves. Even after nearly hitting a police vehicle and watching the body cam video of the field sobriety test, I was perplexed and disgusted. How could a person who just hit a human being and left him at the side of the road be laughing and smiling? And even after all that the defendant has shown no remorse and took these charges to trial.

In a court transcript of a phone call that the defendant had with someone named “Dennis” while in Niagara County Jail: “I know that I did the stupidest thing I could have possibly ever done. But I’ve done stupider and this is a horrible accident.”

I find it absolutely despicable that the defendant chose to drive drunk, killed my son, left him in a ditch to die alone, then took the case to trial and tried to blame Connor for his own death. She has no regard for human life except her own. I am asking Judge Charles Zambito for the maximum sentence allowable by law: four-and-two-thirds to 14 years in state prison.